An Interview with … J. Elizabeth Hill

One of the best parts about blogging, for me, is the fact that you can help promote new releases. When I read that the second book in the Mirrors of Bershan trilogy was being readied for release on September 10th, I had to climb on board and help.

In a moment, my first interview with the author J. Elizabeth Hill. First a chance for you to be one of THREE winners who will receive signed copies of both POSSESSION and the first book in the series, BOUND. All you need to do to be in with a chance of winning is click the link to the rafflecopter. Simple as that.

What are you waiting for? FREE SIGNED STUFF! 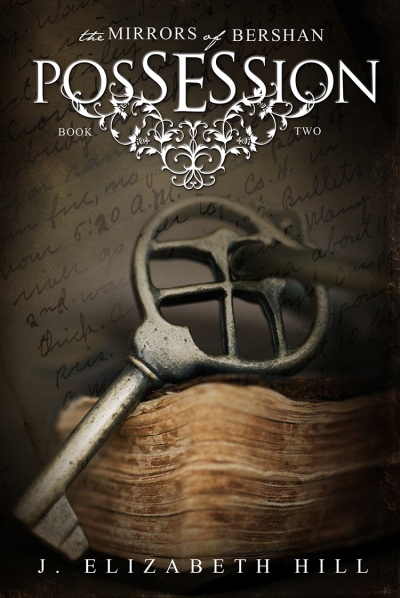 Thank you for agreeing to be my first interviewee, Julie. I promise to go easy on you. 🙂

What inspired the idea behind the Mirrors of Bershan trilogy?

It was my lifelong fascination with twins that originally sparked the story. My mother was a twin and I’ve always found the idea of someone being the other half of you interesting. One day, I wondered what it would be like if there was someone you were connected to that way, but in a magical sense. That’s how bound magic came about, the idea that someone might be the other half of your magic. After that, I just had to figure out who the characters were and why they were meeting so much later in their lives than was normal for these people who practice magic in pairs.

What can we expect from Faylanna and Tavis in the second book: POSSESSION?

For one thing, you’ll get to see what it’s like to be part of a bound pair. Faylanna and Tavis don’t bond until the end of Bound, so you never get much more than the barest glimpse, and even then, it’s only the initial stages.

Each of them has secrets in their past, ones they are unaware of until events in Possession bring them to light. Once the secrets are revealed though, their lives will never be the same again. And these aren’t little things either. It’s a challenge for them both to deal with not just their secrets, but each other’s.

Your stories seem firmly fixed in the fantasy genre. What were your favourite books growing up?

As you might guess, most of my favorite books growing up were fantasy. I read David Eddings’ Belgariad and Mallorean quintets several times, and then there was Robert Jordan’s Wheel of Time series. I really should finish that one. But I also read some sci-fi, especially Anne McCaffrey. I read everything I could get my hands on of hers.

Did these books make you want to write?

Yes and no. Even as a very young child, I liked to make up stories. It was just something that came naturally, how I filled my days. Whether those were any good, I won’t say. They probably weren’t. Storytelling was just something I always did and enjoyed. Eventually I started writing them down.

I will say that the amount of fantasy I read growing up may have influenced what I chose to write about. Writing stories that have neither magic nor supernatural beings in it always feels a little weird. Even thinking about stories without that is odd to me.

What lessons have you learned from self-publishing BOUND that you’re changing for the launch of POSSESSION?

For one thing, I learned to actually do some pre-publication launch activities. I just put Bound up on ebook retailers and announced it was there. Big mistake. This time, I set a specific date in advance and announced it, then scheduled launch activities to drum up interest like the cover reveal. Anticipation can be a really good thing, but you need a date for that. I’m also reaching out to friends and fellow writers for help launching Possession with things such as this blog tour.

What has been the biggest barrier to your writing over the years?

Fear, hands down. For a long time, I was afraid to try, to be less than perfect, to try different things with process. I let my fear hold me back and cripple me. Some stuff happened in my life a couple years ago that made me re-evaluate what I was doing and where I wanted to be with my life. I didn’t like where I was and decided to pursue writing serious, which was where I wanted to be. I also decided to just do it, to hold the attitude of “They’re just words. If they suck, I can fix them. If they really suck, I can throw them out and make more. It’s not like I can’t.” It was very liberating.

Knowing what you know now, if you could send a tweet to the you of ten years ago, what do you think you’d say?

What do you hope to have achieved with your writing in the next five years?

More books written and published that people enjoy. While it would be nice to become a full-time writer with no day job, the writing itself is what’s really important to me. The lack of day job would really be about having more time to write. I’m drowning in stories I need to tell.

Many thanks to Julie for agreeing to be my first interviewee. If you’re not already familiar with Julie, here is some more information.

Born in Toronto, Ontario, Julie Elizabeth Hill exported herself to Vancouver, British Columbia after many years of staring longingly at the map following every snowfall. For as long as she can remember, she’s been making up stories, but it wasn’t until high school that someone suggested writing them down. Since then, she’s been hopelessly in love with story crafting, often forgetting about everything else in the process. 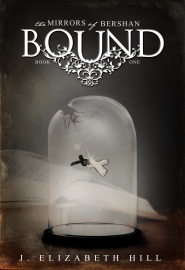 *
And, you can buy the first book BOUND at the following links.
*
Amazon.co.uk

The release date for POSSESSION is the 10th September.

I'm a writer working my way through the redrafts of a British crime novel. I also write short stories, flash fiction and some screen writing. Check out my blog for more.
View all posts by Pete Denton →
This entry was posted in E-Book, Reading, Recommended Books, Writing and tagged Books, Bound, Free, J. Elizabeth Hill, Mirrors of Bershan, Possession, Reading, Writing. Bookmark the permalink.

12 Responses to An Interview with … J. Elizabeth Hill